Our newly formed Contour Cycles racing team made their racing debut at the Velopark road race circuit in London recently. Team members Adam Robertson and Dave Mitchinson made the journey to the Olympic park to race for the first time in their new team colours.

Adam was up first, placing 8th in the category 3 and 4 race, aggressive riding from the 17 year old junior rider saw him trying to establish several breaks, none of which stayed away. 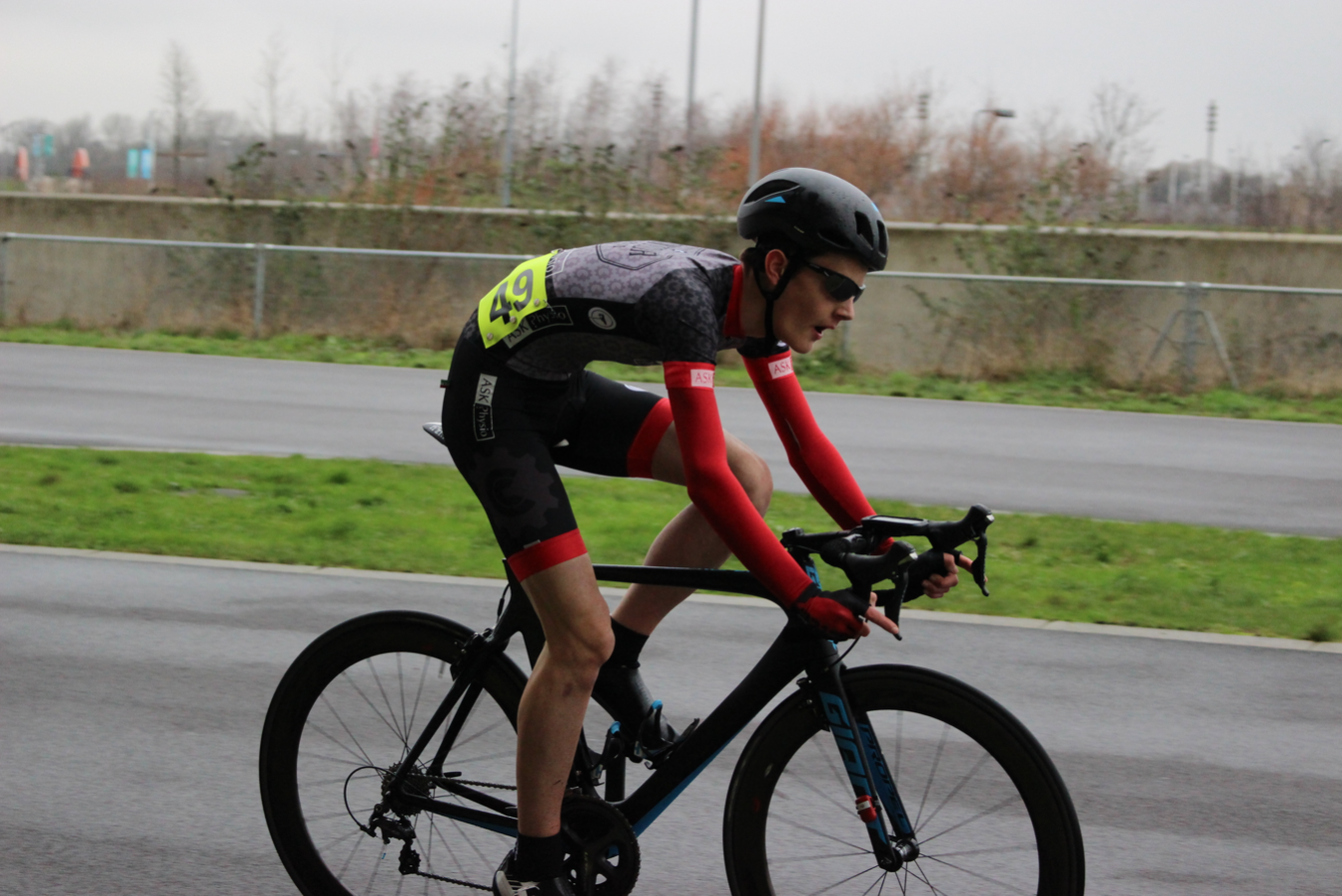 The race eventually came down to a bunch sprint, with Adam placing a frustrated 8th.  Adam said:

“It all came down to the line. The last lap everyone was flying round the twisty course and as we exited the final corner I launched my sprint. I was meters away from a podium spot, but was unfortunately blocked right on the line causing me to come 8th“

Adam made the bold decision to race immediately afterwards in the higher category Elite, first and second category rider race, which allowed 3rd category riders to toe the same line. Dave Mitchinson, riding his first road circuit race for several months finished 6th in the race which was won by the reigning National junior road race champion Jacob VAUGHAN from VC Londres. Mitchinson in his debut race for Contour cycles, who are sponsored by Ask-Physio of Stevenage said:

“I was happy to be contesting 2nd into the home straight, but launched my attack too early. My new year’s resolution is to learn to be patient in a sprint.,,,it’s a work in progress”

Adam placed a tired but pleased 9th in the same race, his second top 10 placing of the day! 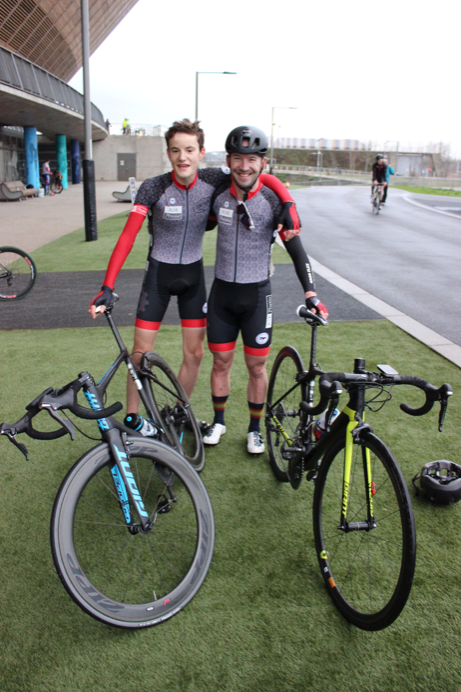